What is SaaS Metadata, and Why Do You Need to Protect It? Part 2 of 2

If you manage, administer, or use SaaS applications like Google Workspace, Salesforce, or Office 365, this blog post will help you understand why SaaS metadata is critical to your job, and to your organization’s success.

In our first blog of this two-part series, we laid the foundation by reviewing the basics of metadata – the set of data that describes and gives information about other data. To recap, traditional metadata may be structural (i.e., describing whether a value is fixed or delimited), or descriptive (i.e., a geotag where a digital photo was taken), and it’s generally used by machines, not people. Born-in-the-cloud applications, however, use metadata somewhat differently. SaaS metadata contextualizes data for people as well as machines, and understanding SaaS metadata is therefore vital for SaaS application administrators.

Let’s make something intangible a little more tangible, and discuss metadata using a familiar example. Picture, if you will, a simple spreadsheet. The column headings are “metadata” – the information about the data. The rows are “records” – data types, which can comprise strings of related data like picklists, dates, currency, and so forth. And the contents of each cell is data. 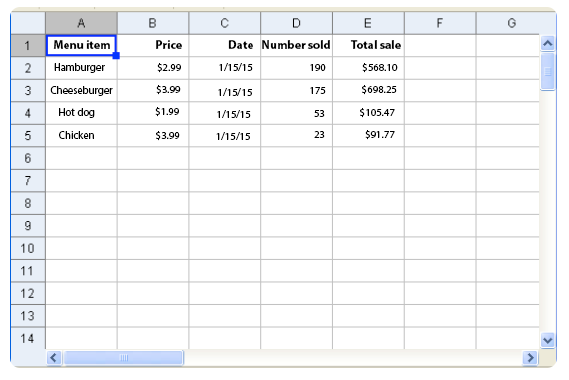 In Salesforce alone, there are more than 120 different metadata types available through the Metadata API, and there are even more in a messaging / collaboration application like Office 365 Exchange Online. Metadata defines a rich set of components including all aspects of functionality, from the appearance of user interfaces through workflow. You can see why understanding metadata is critical for those administering SaaS applications!

When metadata is lost – by deleting or changing a label or an object, by merging objects, or through other “oops moments” – the associated data loses context, and may no longer be usable, findable, or updatable.

So if you think you’ve protected your organization by backing up SaaS application data, you’re only half right. You need to protect SaaS metadata as well as data to ensure the information your executives rely upon is accurate.

There are ways to protect both metadata and data, of course. You can try and protect both via traditional IT processes, such as replicating your entire SaaS instance – but traditional IT doesn’t move at the speed of SaaS, and it’s often very time-consuming to find and restore items using those approaches. A better way would be purpose-built for fast, automatic backup, one that makes it easy to restore data and its associated metadata from any point in time.

A better way would look a lot like Spanning. To learn more about protecting your SaaS metadata right now, consider a trial of Spanning Backup.